Many people shy away from a plant-based diet because fresh produce can be expensive. I agree that it can be, though finding and cooking what is in season will cut down the cost. And who doesn’t want the most flavor in their recipes?!

While this soup is simple, it does require a few different cooking steps to ensure it is creamy + flavorful. Unless you want just another vegetable soup, don’t forget the roasting!

First, chop the veggies. They don’t have to be perfectly diced as they’re ultimately getting blended. Just chop into 1″ size or so pieces. When arranging on the baking sheet, make sure the ingredients aren’t touching. You want air to move throughout the pan while baking so that the veggies come out roasted, not soggy.

Second, make sure your blender can handle hot ingredients before adding straight from the oven. I had to get a new Vitamix container a few years ago after my morning coffee routine ruined my container from pouring hot water into it daily. (oops!). Now I use my stainless steel container for all hot-ingredient recipes to ensure I don’t break anything.

Pro tip: an immersion blender works great too! During step 2, instead of adding the roasted ingredients to the blender add them to the pot straight away. Then immersion blend until creamy.

Third, the final cook time on the stove helps the flavors full meld together. If you use a high powered blender, then just extend the blend time until the soup heats through… yet I still recommend turning to the stove for the final set.

I like my meals to be quick and easy, so I chose to roast my peppers in the stove along with all the other veggies. You can also roast the red peppers on the grill- it’ll boost the ‘charred’ flavor. Yet the oven keeps this recipe simple. When oven-roasting the veggies for this roasted red pepper soup, I’ve got some tips for the best outcome:

Make sure the veggies aren’t touching each other! No one needs soggy vegetables.

If you want a grilled-like flavor to come through then try broiling the tray of vegetables after they cook. Keep an eye on them while broiling so they don’t burn.

Though bell peppers are typically found in the veggie aisle, they are in fact a fruit. Loaded with vitamins and minerals, toss this ingredient into many different recipes. It can provide a great crunch to a salad, mild sweetness when grilled, and extra flavor to a soup or chili. The list of health benefits makes bell pepper recipes a no-brainer:

With so many great benefits, I love adding bell peppers to many different recipes. I use red peppers throughout my cleanses and resets, promoting health and wellness as well as flavor (and color!).

Are roasted red peppers bad for you?

No! Red peppers are rich in a variety of vitamins and minerals. They also have lots of antioxidants to help prevent cancer and are a great source of iron. If you buy roasted red peppers in a jar, make sure to look at the ingredients. There are often additives that you won’t get from home roasting.

Why has my red pepper soup turned out bitter in the past?

If you’ve had a bad experience with roasted red pepper soup before, it was probably because the ingredients weren’t actually roasted, or they were just wrong. I add sweet potatoes to mine for a fuller flavor, creaminess, and added sweetness. You can also use a mix of red and orange bell peppers in your soup because orange peppers are even sweeter.

What’s the difference between roasted red peppers and pimentos?

Look at the ingredient list! Pimentos are pickled more like olives, and even have a similar taste. Roasted red peppers in a can meanwhile keep their flavor and have minimal ingredients.

With soup season fast approaching, I want to share some of the best creamy soup recipes I’ve got. You may fall in love with one or all of these tasty options!

What is your go-to soup recipes? Don’t forget to rate + review this roasted red pepper soup and let me know what fun additions you have in yours! 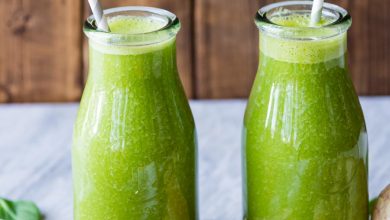 Orange Julius Smoothie – A Sweet Treat Made from 100% Plants 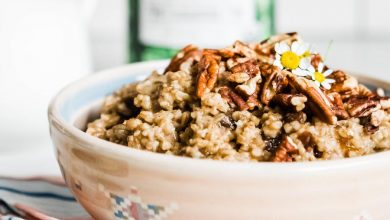 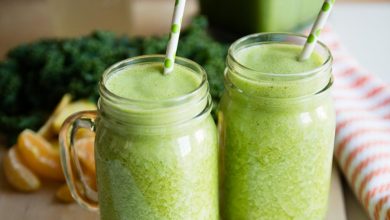 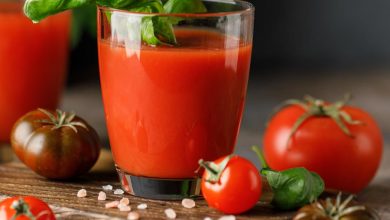